Today’s Travel Tuesday theme is layovers.  As soon as I read the theme for this week I knew exactly what I’d be sharing with you; my seven hours in South Korea. 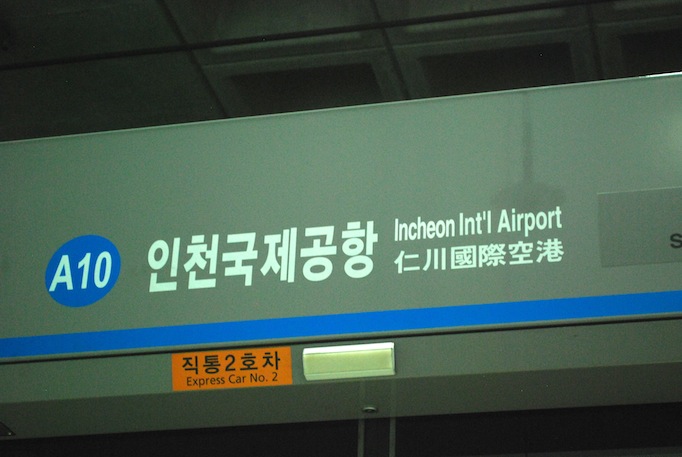 If you ever have a long layover, Seoul Airport is the place to be.  Firstly, they have free showers. You are given a towel, shampoo, body wash etc and have your very own little shower room and a room to get ready in.  After a long flight  there is nothing better!  They also have free massage chairs and TV areas with seats that recline to almost flat.  There are lots of areas to rest in which beats trying to get comfy on the hard chairs that airports usually have.  If you are feeling a bit more active during your layover then they have a huuuuge selection of shops and a cultural centre that has workshops and performances etc.

But, better than enjoying the airport is leaving it!  The reason I chose my flight via Seoul is that one of my best friends, Zibi, has lived there since 2011 so when I was flying from Cambodia to London last summer it seemed the perfect opportunity to stop off.  Now, seven hours definitely doesn’t sound like a long time but it sounds longer that it actually is once you factor in travelling to the city and back again and allowing time to check in.  So in reality I had two and a half hours in Seoul!  But two and a half hours in Seoul is better than zero hours in Seoul.

When arriving to Seoul I tried to get off the plane as quickly as possible, I knew I didn’t have much time!  I got my passport stamped and walked into the very futuristic train station.  There I purchased my ticket to Seoul from a ticket machine and was surprised when the ticket came out. It was like an Oyster card but for just a return journey.  I then found the right platform and looked around and thought how everything gleamed!  It was really quiet and I was almost the only one waiting for the train as it was very early.  The train itself looked almost like an aeroplane and felt very ‘swish’ indeed. 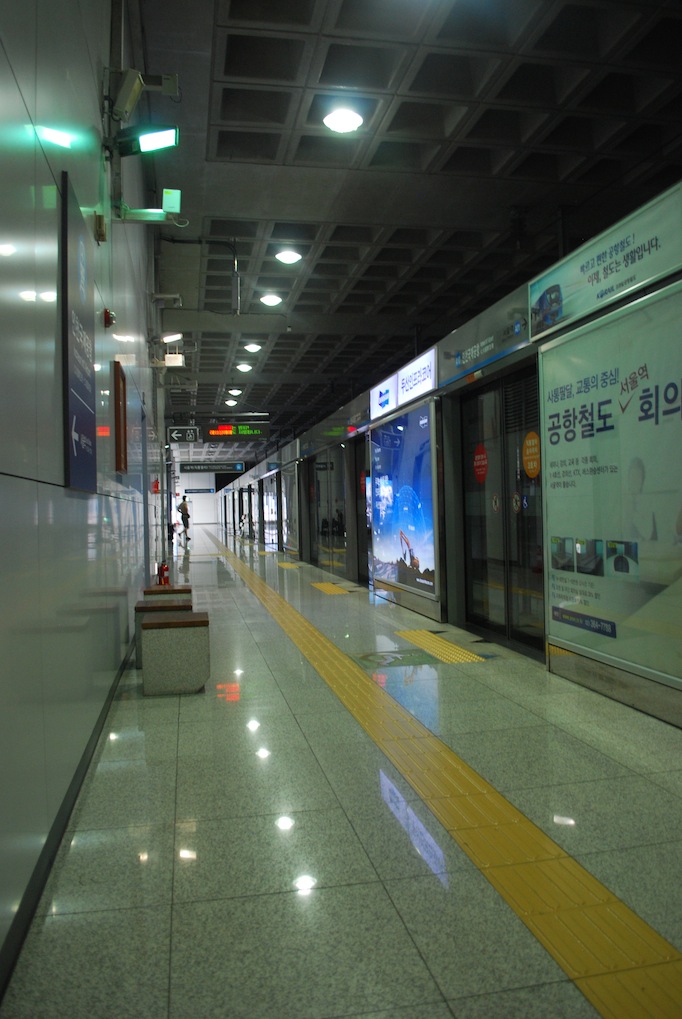 It was time to admire the views. 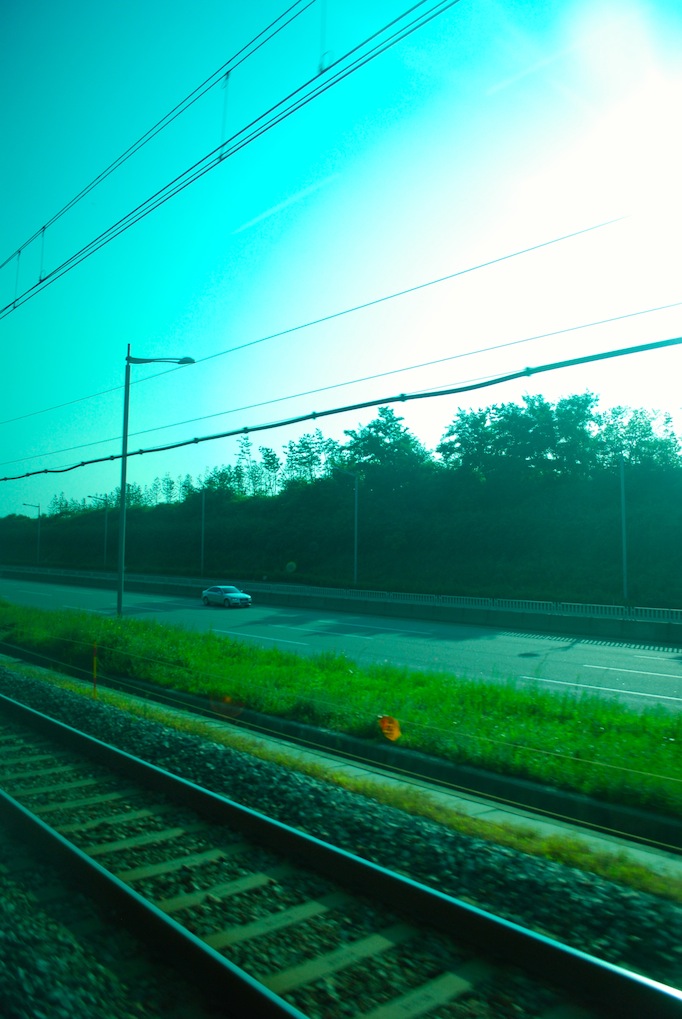 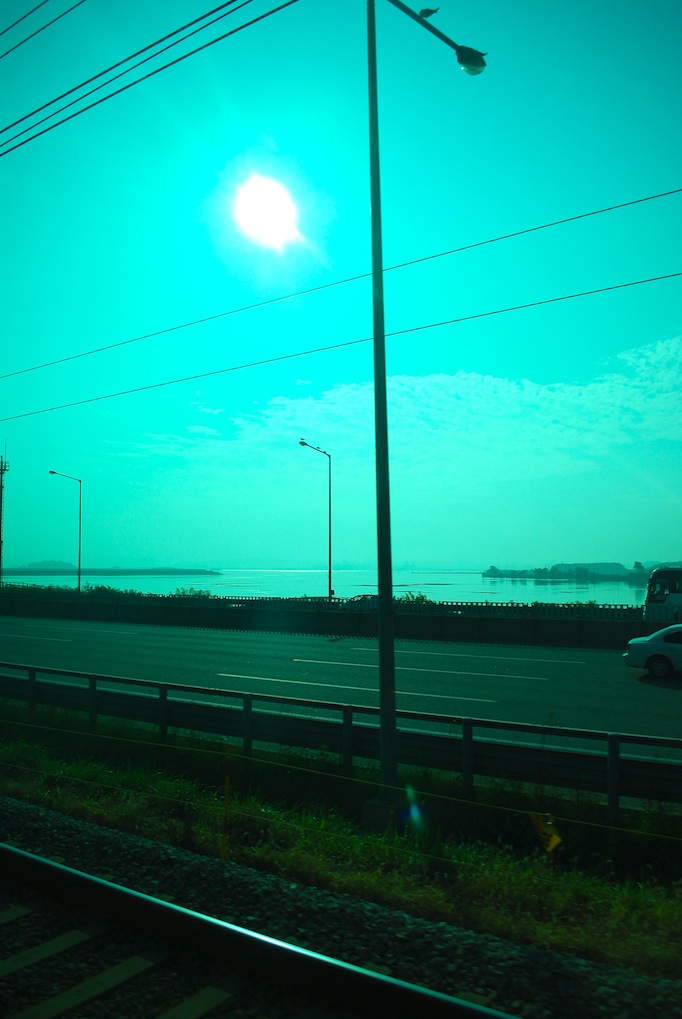 I arrived in Seoul and we set off in search of breakfast; I had arrived early as I’d flown overnight from Cambodia.  I wanted to at least try some South Korean food in my very short time there so we did.  I stared at Zibi as she spoke away in Korean to order (impressive, eh?)  and enjoyed the food that was put in front of me.  We had Korean porridge, it was delicious!

We then had a wander around a market and the surrounding streets where Zibi pointed out all of the weird and wonderful food that was being served.  Before long it was time to head back on the futuristic train to grab that quick shower and head back to London. 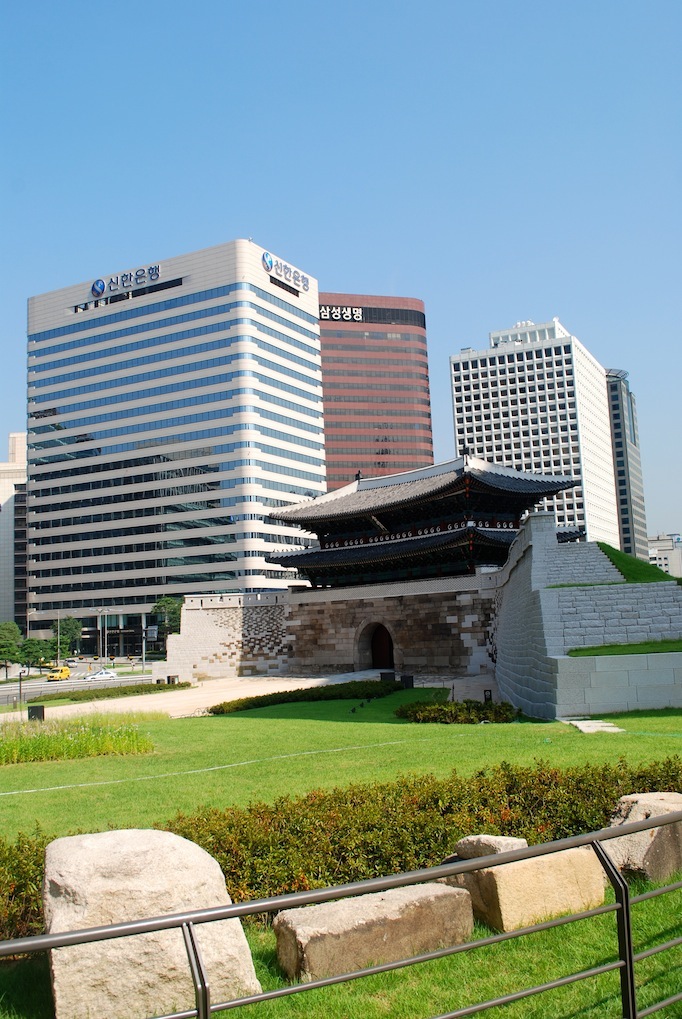 Seoul Airport also offer free tours from the airport and have a selection of choices so you can go for a very short trip for 3hours up until a 9 hour trip around the city, all for free.  How amazing!!