Before going to Cartagena de Indias, I had no idea what Colombia food was like! The only Colombian food I’d heard of were arepas, but I thought I might find it quite tricky to find veggie/ fish food.  Luckily, there were lots of options and I really enjoyed the food there.  So, this is what we ate (and drank)…

We spent three days on Isla Tierra Bomba which is an island just outside of Cartagena.  As it’s an island, we ate fish for lunch and dinner for the three days we were there.  We always picked local places to eat at, and the plates looked identical to each other.  They consisted of a delicious fresh fish (with a face and bones!) that was some of the best fish I’ve ever eaten, patacones which are fried plantains, salad and rice.  The meal generally cost around £2, and sometimes came with a fish soup to start too. 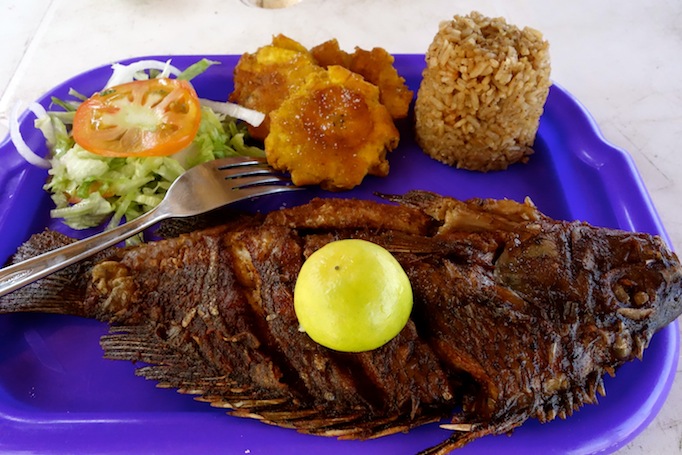 The local places in the old city of Cartagena tended to have a veggie plate options, consisting of rice, beans, plantain or patacones, salad… and sometimes more!  These plates were so basic, yet so deliciously tasty and I loved how you got a real selection on your plate.  Again, these cost around £2 each, served with a drink too.

The juices were so so good, so fresh and so cheap!  They usually came in a really generous portion, and were just what you needed while the sun was pounding down during the middle of the day.  We chose fruits we had heard of, as well as fruits with names that definitely didn’t ring a bell.  You could usually choose to have them with either water or milk.  Whatever we chose, they were always good!  And all for a cheap price, these usually cost around £1, but we also had some more as little at 50p. 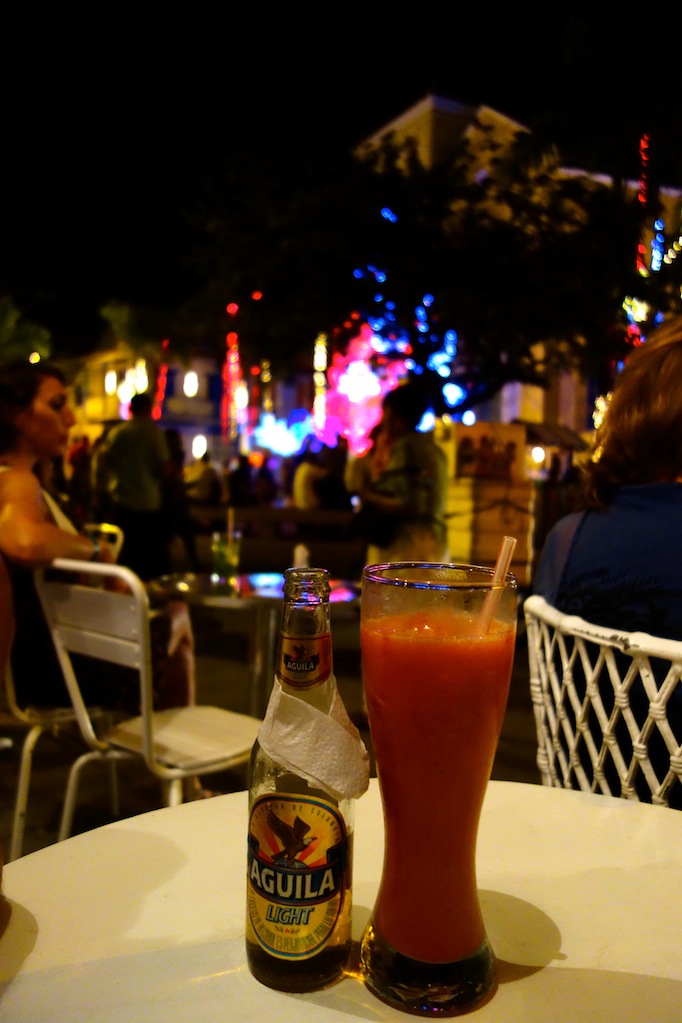 So, back to the only Colombia food I had heard of before!  The arepas I had in the UK were actually nothing like the arepas we tried in Cartagena.  Arepas are a type of flat bread that are made from maize dough.  The two that we saw most of on the street were arepas de queso, which were filled with a strong cheese and butter too and arepas de huevo, which were fried and filled with egg and ham.

I’m not a coffee drinker myself, but Carlos had some amazing looking coffee.  We found the most picturesuqe cafe called Cafe de Mural which served an incredible selection, including these very good-looking coffees:

I loved that at breakfast you were offered hot chocolate as an option, the one that I always chose 😉  On our last day, we also happened to stumble past the Chocolate Museum that tells you all about how chocolate is made.  We also then did a chocolate workshop, where you mix chocolate and fillings in moulds, it was lots of fun!

There are lots of restaurants and cafes that offer veggie options that are delicious!  The most famous is Girasoles, which has been around for 30 years!  Sadly, I didn’t photograph the food there but they offer a two course meal and juice for under £2. 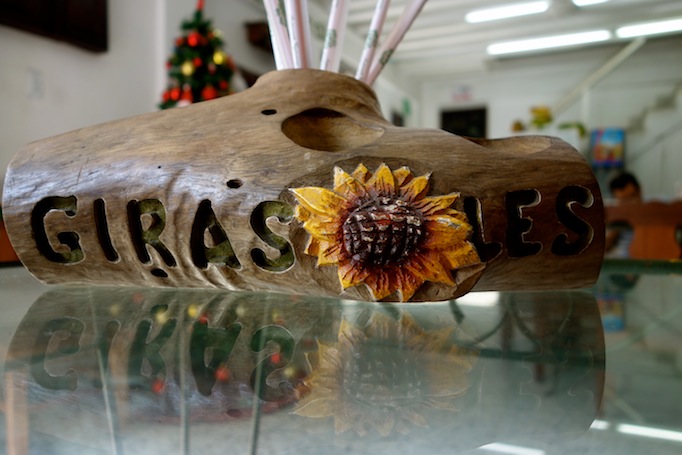 We also has lentil burgers from two different restaurants, both were equally good:

I can’t remember the name of this place, but the food was so good!  This was a tortilla with roasted veg and grated cocoa!!  So yummy!

Fresh fruit was generally served with breakfast in a pretty looking bowl!  We also bought fruit from the street sellers throughout the day as it was a great way to keep cool!  Oh, and frozen fruit in the form of ice-cream too 😉 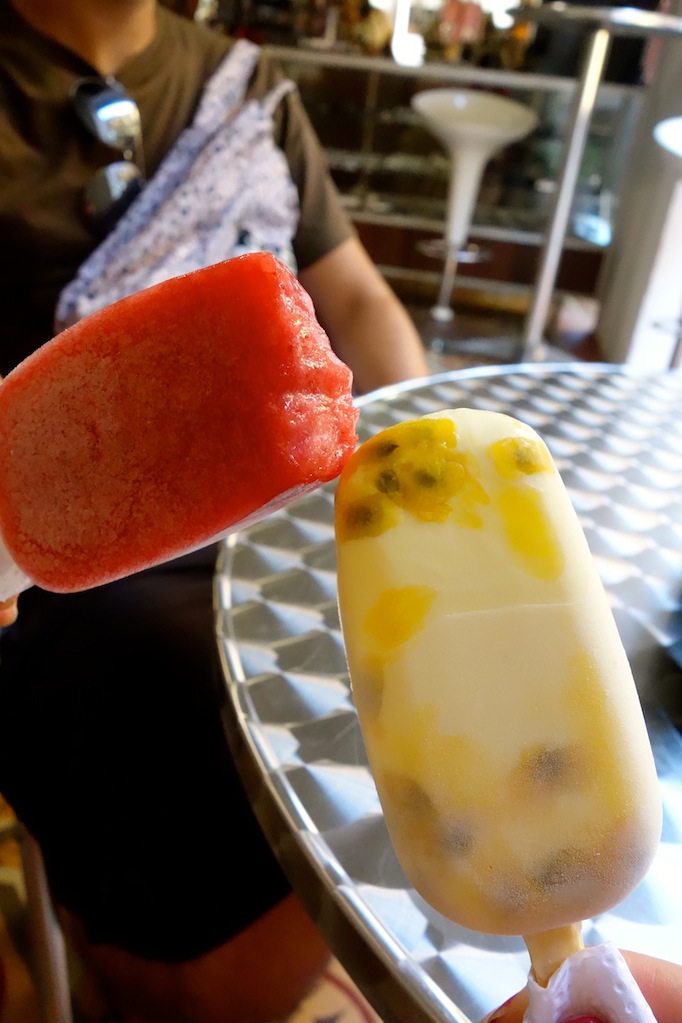 This was something I was recommended to try while in Colombia, and I’m so glad I did!  It’s a type of bread made from cornflower, eggs, starch and cheese and it’s a parcel of tastiness!

Woah, that was a lot of food!  Have you tried Colombia food before?  What do you think you would most like to try?

You can see my other Cartagena posts here and here 🙂

28 thoughts on “Eating and Drinking in Cartagena | Honeymoon”

Leave a Reply to Carly @ Let Us Wanderlust Cancel reply