After spending the day wandering around the most beautiful city of Cartagena de Indias, Colombia, and then seeing the sunset in the most varied of ways, It was hard to believe that Cartagena could get any better.  I had heard that the city really comes to life at night, and that it is the best time to see it.  Really? I thought.  But, it’s so wonderfully charming in the day, how could it be any better? 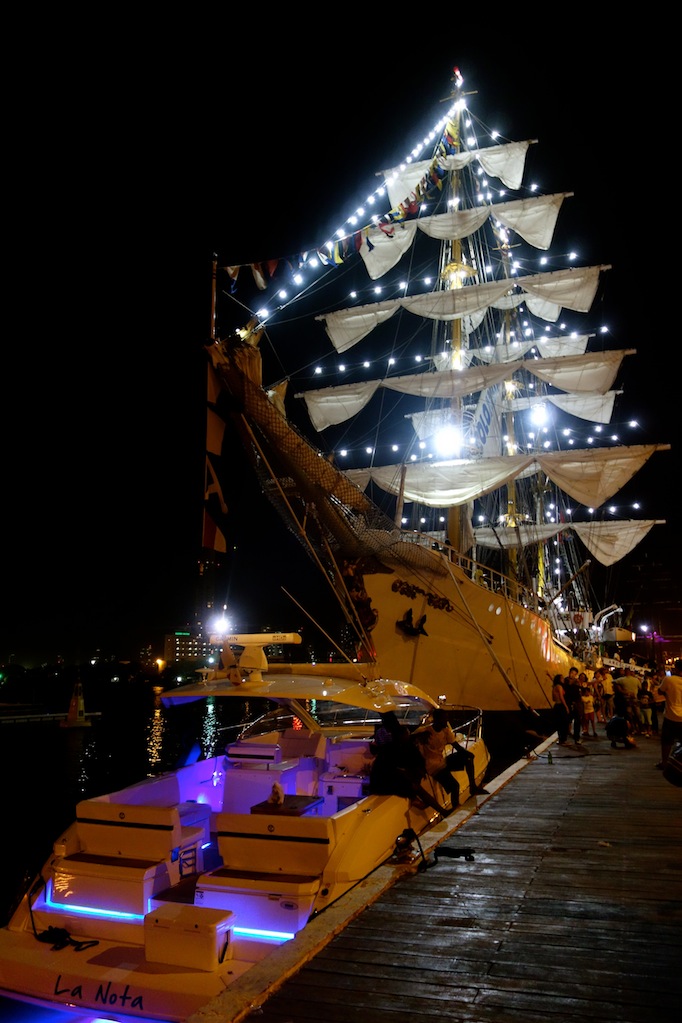 But, they were right!  Cartagena de Indias at night is beautiful.  I say night, but I mean when the sun sets which was at 5.50pm so very early.  During the day, the heat is A LOT, it’s very very humid and the sun beats down too.  But in the evening the temperature dropped to a very comfortable 24c, and it felt just beautifully warm and tropical.  As we strolled into the main area of the old town, we noticed beautiful strung lights in the background.

We didn’t realise that actually there would be lights and more lights for as far as the eye could see.  We were there between the 4th-14th January, and we found out once the lights were taken down, that they had actually been Christmas lights.  They were the most magical Christmas lights – just white, so no tacky lights at all.  They lit up the city and created sparkle in every direction.

Markets also lined the streets – goodies were sold on sheets on the floor and I admired how beautifully all of the jewellery, bags and prints were laid out, it was like a piece of art in itself.  The atmosphere was buzzing with sellers and buyers alike. 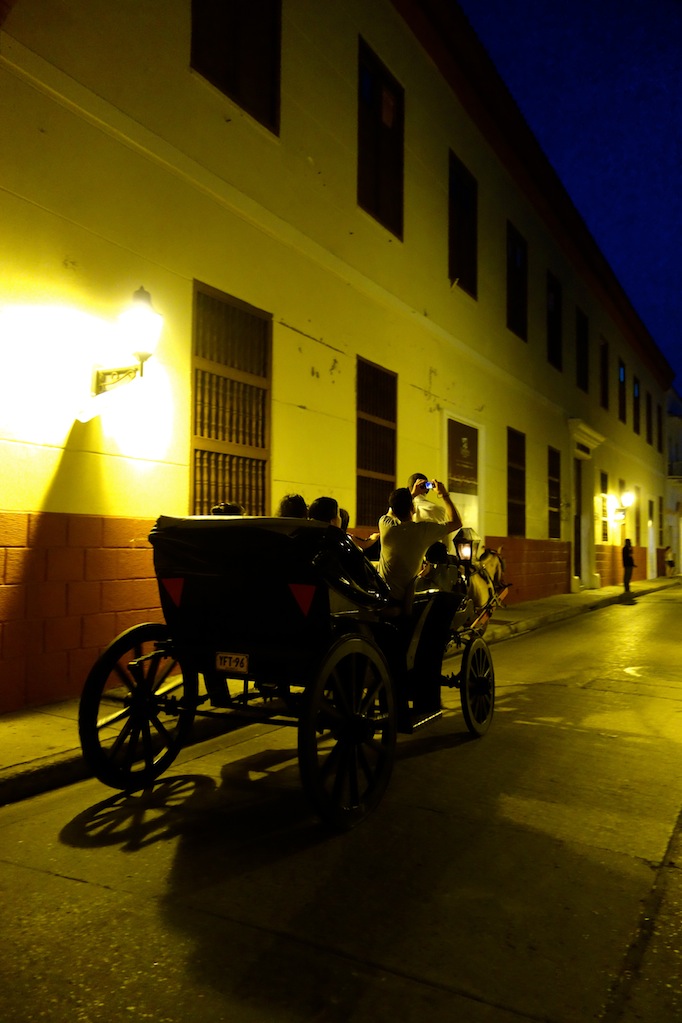 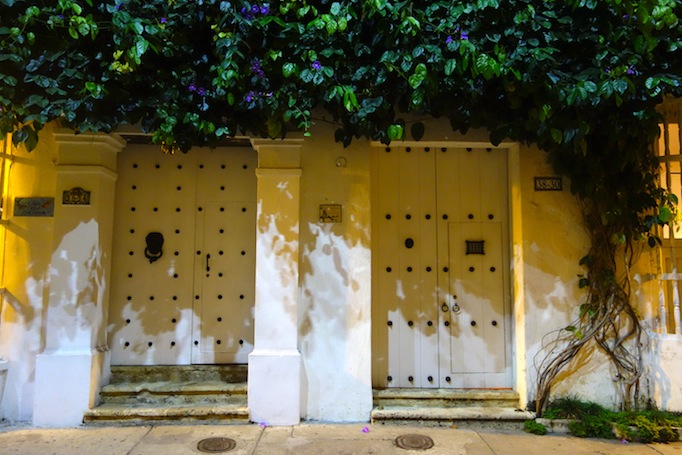 The buzz wasn’t just from the people though.  Sounds of instruments sounded from every square – everything from peaceful drumming to pounding stereos.  People danced, people sang, people performed and people lead zumba classes too!  It was fascinating to watch.  I even spotted a wedding through these grand looking doors:

But the buzz wasn’t just on the streets, it was from the buses too.  On our first evening, we saw and heard one of these buses driving around, and a few nights later we bought a ticket for it.  The bus departs at 7.30pm for three hours in which it drives around the city, with a live band onboard, who were incredible.  During the three hours you are passed bottles of rum, coke and ice and party games begin!  It was a funny experience, and one I won’t forget!! 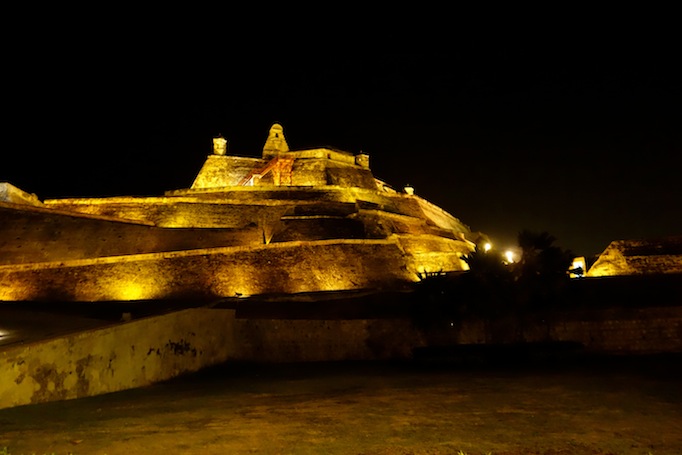 Streets that had been so quiet and calm during the heat of the day filled with hungry diners sitting outside and tasting the best of Colombia cuisine.  While locals sat outside their homes; chatting, playing games or simply people watching in the most relaxed of fashions.

The night in Cartagena was magical, and all for different reasons from why I loved the days there so much.  This is the last in my honeymoon series, and what an amazing time it was.  Cartagena de Indias was the most incredible city filled with colour, charm, friendly people and had the best atmosphere.  It was just so picturesque.  We are so so happy that we chose it to enjoy our honeymoon in, and I now want to recommend it to every person I meet!

You can see and read more from my other posts:

Which places have you visited that have the most amazing vibe at night?

20 thoughts on “Cartagena by Night | Honeymoon”